Pollution of the Swan River 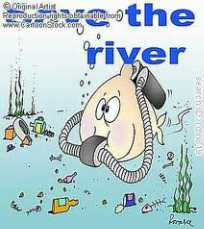 Although much has been done to decrees the
pollution around the swan river real little has actually changed and made a
agnolagable difference In the early days of the swan river colony was surrounded
in  pollution the pollution in the
river or next to the river was very visible  and you could smell it from a distance
the rubbish e.g.  broken glass was
a common item to be found be the shore of the swan river  Council
Sanitary Committee reported that

Letters to the press complaining about pollution and the
resultant smells was constant: but there was still little changeThere was a
organization established along the swan river banks and the rubbish from
organizations processes was dumped into the River. The Government was
responsible for the worst of the pollution and the longest lasting causes of
pollution

Septic tanks were moved to Claisebrook to help deal with the
city’s pollution there were eventually 10 filter beds. These filter beds
collected and stored the rubbish until it was released, through a filter into
the river so the water can start to become cleaner and environmentally
friendly.The filter beds caused problems for the government and for the River
for the next 20 years. Complaints about smell continued arise Councils along the
River as well as local citizens kept the issue in the press.

Issues about the pollution that were made by the
filter beds were not getting fixed they were just left alone  until
the Government finally decided to do something about it in 1929 they announced
that the filter beds would be replaced by  ocean outfall over the next few years.
From 1934 the complaints from the smell and pollution decreased